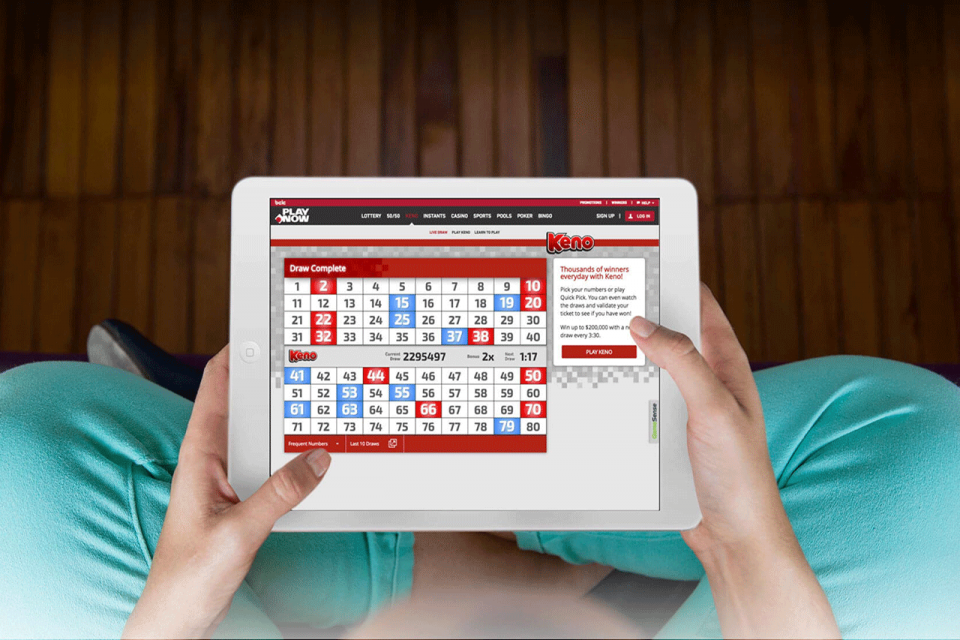 Chances are good that if you love to play Keno, someone in your life has warned you that it is purely a game of chance and that no strategy exists to win.

While that is true to some extent, there are steps that you can take that will improve your chances of winning. Playing with a plan is a preferable strategy to just playing, because having a plan can be the difference between finishing the day in the black or the red.

Because the Keno jackpots can reach enticing amounts (Mega Jackpot at Casino.Net is €50,000) many players shoot for the stars. While this is usually a good idea, your bankroll may prevent you from even qualifying for such a gigantic win.

Define your win goals by what you can afford to play each day. Keep your expectations realistic to avoid over-playing and losing more than you planned.

Since this is the most important part of the game of Keno you’re probably thinking, I already know that. But the truth is that many players think they’ll get their huge payday by simply betting a straight ticket, which is just not the case. Your best chance at winning big at Keno is playing a maximum amount of numbers.

If however your bankroll prevents you from playing tons of numbers, see the first tip.

Stick To Your Limits

All Keno players should know this cardinal rule of Keno play; set limits so you can stay in the game long enough to win!

Despite the fact that many Keno bets are relatively small, you can easily bet more than you planned for with a few near-wins. Set your spending limits before you approach your Keno game and stick to it. Just remember that if you do exceed your spending limits for Keno, you have less to play and win with next time!

Many Keno players spend entirely too much time picking numbers. Yes, the numbers are the most important part of winning Keno, but the numbers are selected randomly. This means there’s no strategy to pinpoint what the drawn numbers will be.

Choose a simple strategy for picking numbers quickly, whether its numbers special to your life, your favorite numbers, or simply numbers chosen at random. Just choose them quickly. If you waste time picking your Keno numbers you could miss your round of betting altogether!

One strategy employed by some Keno players is to play the same numbers for round after round. The belief is that if those numbers have yet to be drawn, they are more likely to come in the next rounds.

This belief is not accurate nor is it an advisable way to play to win Keno. You may want to choose the same numbers for a few rounds, but change them after that because as we stated earlier, the numbers are chosen completely at random.

Killing Blackjack Strategies that will Help you Win the Jackpot